on December 07, 2014
Was I aware that I had authorized anyone to sell prints of any my Flickr Photostream photos? Honestly, no. Now that I'm fully aware, I'm still authorizing anyone to do so and that includes, of course, Flickr through its new Custom Wall Art service. (So feel free, go ahead! A few clicks, your credit card, and you can have one of my most interesting photos canvas printed and delivered directly to your home! Try the 50% OFF code: GIFTS50; though it might be only applicable to flickr's prime members).

So, yes,  I was not really aware I was giving anyone permission to make a profit from my work without sharing. I got so used getting emails almost very single week asking me for permission to use some of my photos in websites, books, magazines, posters, even a museum, and often getting in return a copy of a book with my photo from places as far as Poland, samples of cool refrigerator magnets from Russia... This nice flow of exchange was what in my case help put a kind of soft blanket on top the scope of the CC license and its possible consequences that I had chosen. But then, I did to my homework!

The license term I selected, CC-BY-SA, fully allows commercial use of my work. It is then perfectly legit for anyone to print them for profit. And yes, as it has never surfaced as a case (picturing someone making a business of printing wall art of my photos without offering anything back in return),  I was blind about it until flickr jumped into it.

Yahoo’s decision to sell prints of CC images made me review and study the copyright options I had made long ago. This alone is an interesting Flickr contribution: anyone that makes you think about your choice, that makes you study, ponder, meditate, and possibly opt again about a selection you have made, should always be welcome.

Why did I select a licence that gives commercial rights to anyone?

I strongly believe in the commons. Here is where richness really lies; not in what we personally own, but in what we together own as a community. I feel rich when I can run on the beach for miles, when I can swim in the ocean for hours, when I can walk around a city, when I can take photos of anything I see, when we can build upon the science developed by humanity.

It isn't rare to hear a celebrity desperation when they cannot take advantage of the commons:
"Two or three years ago I began to mourn when friends and family came telling that they had gone to the beach and I wondered: 'Why can't I go to the beach like anyone?' You want to go and enjoy, but you cannot do so easyful and you end up angry because you cannot take the pleasure of it. So sometimes, I'd love to enjoy what I had as a kid..." (Taken from an interview to Luis Suárez).

Wikipedia, Wikimedia, is part of the commons: a digital knowledge based commons. Almost anyone today uses their services, and millions contribute to enrich it with, generally, high quality free content. Like public beaches, one can freely surf, and then read, study, and thus get educated about literally any subject. Moreover, and can easeful and freely contribute and make both personal and commercial use of any of its content and make any derivatives without any legal worries. It as a privilege to help  build upon them, and is also amazing the fact that the work needed for these contributions to be there is done by others and not by me: they select my photos from flickr and do the all the proper uploading work to these sites.

And here is my key decision: my photo license choice was based so as to allow it to flourish under these commons. It's an honor that for example Luis Suárez wikipedia main photo is illustrated by a photo I took of him when I was, camera on hand, at 'tribuna América' of the 'Estadio Centenario': 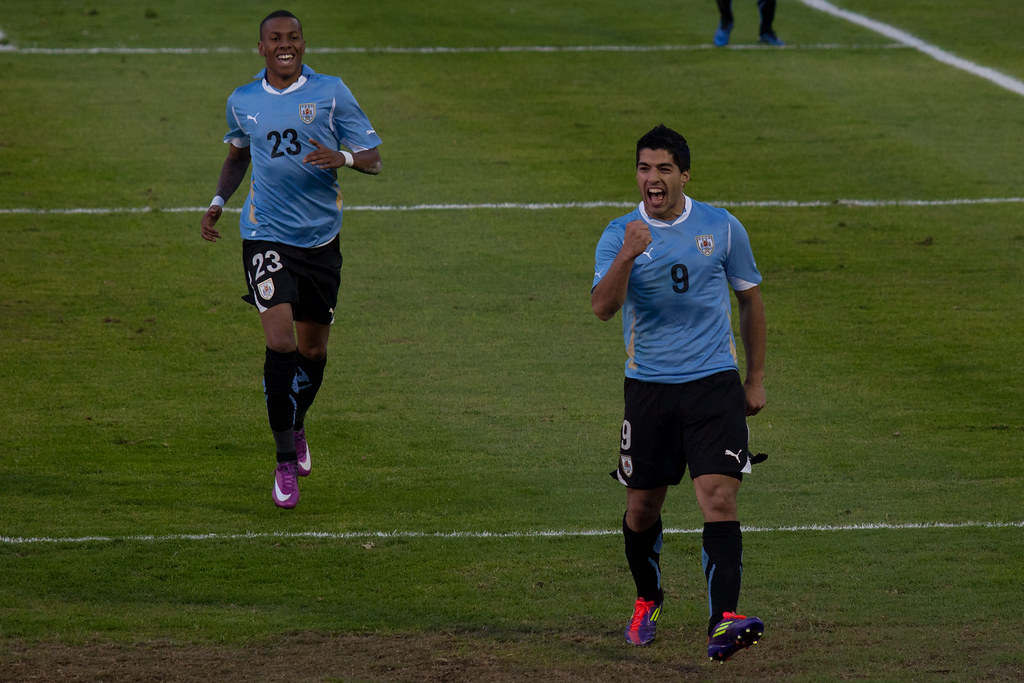 Some other famous celebrities, like Neymar,  Lionel Messi,  and places like the city of London, Paris, Miami, Dubai, or artists like Paul McCartney,  Philippe Starck, Roger Waters, Paquito D'Rivera, or the Carnaval of Montevideo, among so my others of my images that have since then enriched my Wikimedia contribution. These in turn contribute thousands of posts, blogs, etc.

Commercial uses must be allowed for a license to be considered free. That's how Wikipedia's Wikimedia Foundation define it. It does not allow uploads under restrictive licenses such as any Non Commercial variant.

In today's society, we are all directly or indirectly involved in commercial activities. Any commercial activity is sustained on other commercial products and services, along the universe of the free commons. Philosophically, the commons must promote the active use of its entire content in as a general a context  it can, as any restriction could limit its value for society and its contribution to humankind's progress.

But Evgeny Tchebotarev, co-founder of 500px, claims that Yahoo’s decision to sell CC images violates users’ intent, and though even if legal, “it doesn’t make it moral from our standpoint”. However, I don't see on what basis an informed person will judge any flourished activity that can result from the application of a non restrictive CC license, whatever that might be, in terms of intent and morality. If this argument stand it will equally apply to any other commercial use of the commons. But I do understand it in a marketing framework, as one could say that Yahoo's could have gotten more brand support and loyalty had it given back something in return from its CC flickr photo Custom Wall Art service revenue potential.

In my view, when we are free to set our terms, the selection we chose and make, is fully our responsibility and thus there is no room to blame for any consequence that unpins from our elections.

After rethinking my options,  I decided to keep all my Flickr Photostream CC-BY-SA; it is so fulfilling to continue contributing to the commons that any commercial plan I might have, should not conflict with this benefit.

My idea at this moment is to start uploading most of my photos in sizes that won't allow proper printing quality beyond 16"x20", and leave the option of the larger size that flickr provides today (20"x30") as a future potential direct commercial business just for myself. 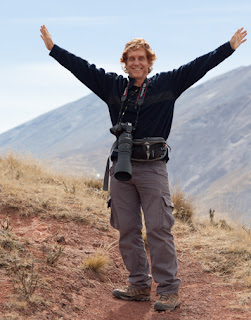